Starting now will save so much

Private insurers conclude that in 2012 climate disasters cost the US $139 Billion, with 75% of this paid by taxpayers according to The Economist (6/8/13 p.36). For the first time in 3 million years the carbon dioxide level in the atmosphere reached 400 PPM this year. As the atmosphere gets clogged with more heat trapping gases our weather gets more volatile risking lives and increased costs.

These costs will get a lot higher with rising sea levels. After 2000 years of relatively consistent global mean sea levels, between 1880 and 2011 they rose an average of .07 inches per year, but since 1993 sea levels rose between .11 and .13 inches per year. The 2007 Intergovernmental Panel on Climate Change forecast that sea levels could rise by 23 inches by 2100, a number now considered conservative by many scientists. The accelerating ice melting in the Arctic, Greenland and most glaciers around the world are contributing to sea levels rising at this faster rate. Hurricane Sandy, costing over $40 Bn, proved in NY & NJ that higher sea level climate disasters have begun. 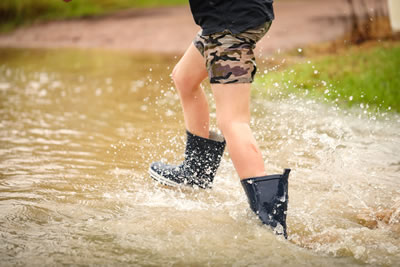 How will we pay for these increasing climate disasters?  The smart answer would be to put a price on the carbon that is warming our planet. This is a logical, free market approach because not only does it provide the funds to pay for the rising costs to taxpayers of the climate disasters that it causes, it discourages wasteful practices and encourages cleaner alternatives which will spur innovation and create new jobs. This transition should be phased in so business and individuals can adapt, obviously taxpayer subsidies for fossil fuels must be phased out. The impact on jobs will be favorable with more jobs across more states in energy conservation and renewable energy which are much more likely to be local than the highly concentrated fossil fuel jobs they would replace. Ironically between 1950 and 2011 the commodity price of oil increased over 350% and natural gas rose over 280%. We’re already paying a lot more for the energy that’s causing these extraordinarily expensive climate disasters. Using less fossil fuel energy saves us money now and reduces the climate disaster risks for our children, surely that’s a win-win we can all embrace, except of course the coal, oil and gas producers and the politicians they support.

So it’s up to us to realize the unrestrained burning of fossil fuels puts our children and grandchildren at greater risk from severe storms, floods and droughts. Many things we take for granted from winter sports and maple sugaring to fall foliage are also on the line. There are so many smart opportunities to save on our energy use, in the case of buildings by improving the envelope (air sealing and insulating) we reduce heat getting in (summer) and out (winter), so we’re more comfortable, the lower operating costs save money year after year which increases the resale value. For home owners there are many options check out NHSAVES web site or get an energy audit.  For business owners consider that reducing energy waste is manageable, it’s financially smart and good for business.

We are seeing too much damage from “100 year” flood events locally to deny the overwhelming scientific facts that both our atmosphere and our oceans are warming while carbon dioxide has risen dramatically in the last 100 years as we’ve burned more and more fossil fuels. By 1900 a modest number of ships, trains and autos had started using fossil fuels. Now over a hundred years later there are tens of thousands of the larger ships & trains and hundreds of millions of vehicles; not to mention the thousands of power plants producing electricity.  Think about this and how many species we could save.