Some 21st century lessons for the really big challenge

We’ve faced some tough challenges, witnessing terrorism, surges of migration, intense weather, recession, pandemic, supply chain shortages, inflation and the erosion of confidence in science and facts. What have we learned? 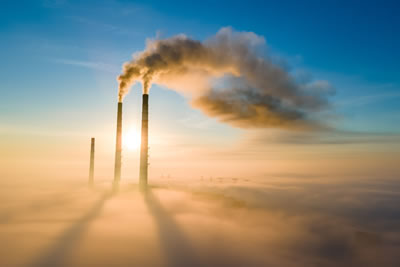 Early on we saw the horrific attacks on 9/11. Some lessons: terrorism is a dangerous threat from zealots who find fertile ground in failed states. We were united and airline travel changed.

The great recession in 2008 cost millions their homes and livelihoods. A lesson: the financial pains led some to resent bankers, elites and our government.

The Syrian civil war, which began in 2011 and is still being fought today, unleashed a flood of migrants into Europe. In Central America corrupt governments and a changing climate failed to keep to keep people safe and fed so they fled north. Some lessons: desperate people seek safety and better lives for their children. These large migrations feed on a sense of insecurity and foster resistance. We were dividing.

US Weather disasters costing over $1 billion/year are increasing & costing more. From 1980-2015 the average was 5 events/year; in 2018-2020 it increased to 16.7 events/yr; 2020 saw a new high 22 events costing $99BN! (NOAA). Some lessons: the climate crisis is getting more dangerous and expensive. Many are still being lulled by the fossil fuel industry’s siren song of disinformation.

2020 started with a virus spreading rapidly around the world, sadly the risks were missed by many leaders, so responses were delayed and disinformation ran rampant as the trust of science eroded. The pandemic led governments to shut down the economy then pent-up consumer demand caused shortages as supply chains couldn’t keep up. Some lessons: in a crisis, when we need governments to lead not everyone is willing to follow. Supply & demand imbalances feed shortages and inflation. Divisions grew and food shortages are scarry.

Since the 1990’s we’ve ignored the warnings. The science gets clearer and evidence is mounting, every year that we dump billions more tons of greenhouse gasses - the warmer the planet gets.

In the great recession, the buildings weren’t lost to fire, flood or sea level rise as they are as each year gets warmer. The National Oceanic and Atmospheric Administration (NOAA) just reported sea level is expected to rise one foot by 2050 and much more if we don’t stop releasing greenhouse gasses (GHGs). More than 300,000 homes—representing a value of $117.5 billion— are at risk of chronic flooding by 2045. These losses alone will create an internal migration that will stress our economy and countless communities.

We need to elect leaders who acknowledge these risks and act to avoid making the world much more dangerous and expensive. The costs and benefits of making the transition to clean energy far outweigh the economic, human and species losses of business as usual.

In NH we’re already seeing warmer winters, increasing threats to plant and animal species and more vector-borne diseases (ex. Lyme disease due to increased ticks). Living on a dirt road I’m wondering, how many ‘mud seasons’ can we have in a season? We have ignored the warnings for too long, we need solutions.

The Carbon Fee & Dividend proposed by Citizens Climate Lobby (citizensclimatelobby.org) places a fee on carbon-based fuels at the source (well, mine, port of entry) and returns all the money to US citizens as dividends. It is:

The Dividend is the key to making this something we can all embrace. By returning the funds collected to every citizen, we get to decide what to do with the dividends. Some may be spent frivolously but the smart money will go to reducing our reliance on increasingly expensive, harmful fossil fuels.