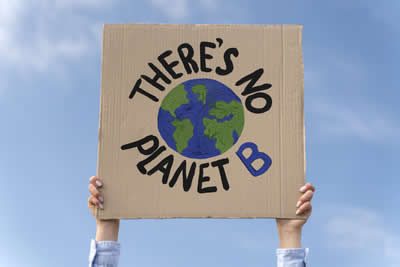 The August, 2021 Intergovernmental Panel on Climate Change (IPCC) report states “It is unequivocal that human influence has warmed the atmosphere, ocean and land. Widespread and rapid changes in the atmosphere … have occurred.”

In one July week Germany, China and the US had catastrophic floods. The unprecedented extreme heat in the west has spawned over 100 large fires before peak fire season. Changeable New England weather is more extreme and warmer with the hottest - June, 2021 averaging 5° F warmer than the 20th century average followed by the wettest July (Jaffrey got over 4 times a typical July’s rain), meanwhile winters are shrinking.

The most effective way to reduce pollution is to put a price on it. The Carbon Cash-Back solution charges fossil fuel producers and importers a steadily increasing pollution fee and gives the money collected to all families equally.  This market-based approach protects family budgets, does not grow government, and corrects the market failure of dumping greenhouse gasses into our air for free.

I endorse US House Bill 2307, the Energy Innovation and Carbon Dividend Act, it puts money in every household budget and brings greenhouse gas emissions down 90 percent by 2050.